For the item which Neltharion used to bind the other dragons, see Demon Soul.

The Demon Soul is the second book of the War of the Ancients Trilogy novels.

THE BURNING LEGION HAS COME.

Led by the mighty Archimonde, scores of demonic soldiers now march across the lands of Kalimdor, leaving a trail of death and devastation in their wake. At the heart of the fiery invasion stands the mystic Well of Eternity -- once the source of the Night Elves' arcane power. But now the Well's energies have been defiled and twisted, for Queen Azshara and her Highborne will stop at nothing to commune with their newfound god: the fiery Lord of the Burning Legion... Sargeras.

The night elf defenders, led by the young druid, Malfurion Stormrage, and the wizard, Krasus, fight a desperate battle to hold back the Legion's terrible onslaught. Though only embers of hope remain, an ancient power has risen to aid the world in its darkest hour. The dragons -- led by the powerful Aspect, Neltharion -- have forged a weapon of incalculable power: the Dragon Soul, an artifact capable of driving the Legion from the world forever. But its use may cost far more than any could have foreseen.

The second novel in an original trilogy of magic, warfare, and heroism based on the bestselling, award-winning electronic game series from Blizzard Entertainment. 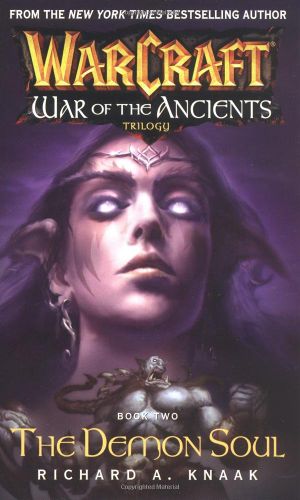