From Wowpedia
(Redirected from The Furnace)
Jump to: navigation, search 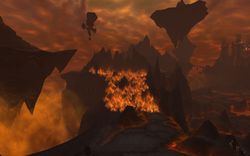 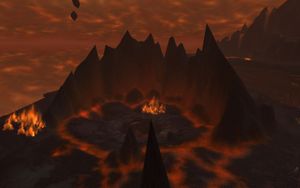 The entrance into the Molten Flow

The Furnace is a field of flames in the western Molten Front, next to Malfurion's Breach. The Furnace also makes up the western ridge, south of Fireplume Peak, that surrounds the entrance that leads into the Molten Flow.

[85 Daily] Into the Fire, on the northern edge of the landmass, several Druids of the Talon members appear offering new daily quests.

If players enter the fire, they're advised to run through it quickly if they want to survive. The area on fire is however so large, and the fire so damaging, that it's unlikely that the player will be able to run through before dying. For players who still want to try (without doing

[85 Daily] Into the Fire), it's advised to use any kinds of speed-increasing and damage-reducing effects.