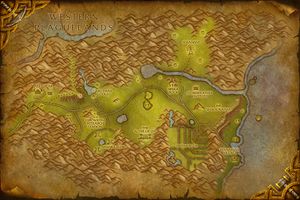 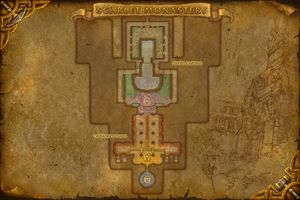 For the Alliance version, see

My people are not generally fond of the arcane arts that so many other races abuse. Thankfully the wizards within the Scarlet Monastery library are separated from us by considerable land, but their ability to transcend the physical realm concerns me and, ultimately, my tribe's survival.

Travel far to the west to the monastery's library and speak with Dark Ranger Velonara there. Her forces are already poised to strike at Arcanist Doan himself, head magi for the crusade.

I'm surprised to see Huntsman Markhor working with me for once. He's usually quite stubborn. He does tend to a strong hatred for magic, though.

I hope you do, too, <class>, because we're going to strip the Scarlet Crusade of theirs.