From Wowpedia
(Redirected from The Ring of Trials)
Jump to: navigation, search 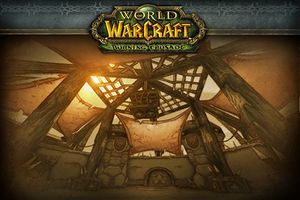 Ring of Trials, also called the Nagrand Arena, is an arena located in Nagrand, southeast of Garadar. It was, along with the Circle of Blood Arena, added in The Burning Crusade and thus among the first arenas added to the game. Unlike most arenas, Ring of Trials can be accessed in the outdoor world in addition to its instanced version, serving as a PvA arena. Lorewise, it used to be an ancient orcish proving ground,[1] although before the destruction of Draenor it was built using imperial ogre architecture.

The arena is a simple, open field with 4 supporting columns near the middle. The starting areas are opposite each other.