The Scent of Life 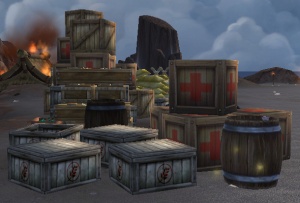 Many have perished here. We will need to honor them properly, which means gathering the makings of incense of life.

It doesn't just smell nice - it has restorative properties, and can even help plants grow. Maybe I can get a whiff of the ingredients to get me back on my feet.

The materials can be found on creatures around here - except for the spices, which were stolen by the mercenaries who pillaged the village.

Are those the ingredients for Incense of Life I smell on you? Or... perhaps you haven't bathed recently.

Beautiful, beautiful. Better to not need to bury our friends, but if we must, it is good they will have a fitting ceremony.

[87] By the Falls, For the Fallen before heading out.