The Tomb of Shadows 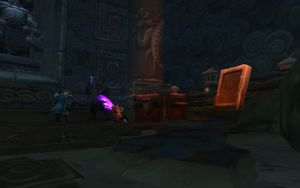 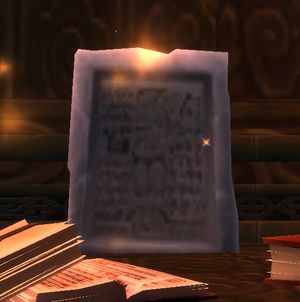 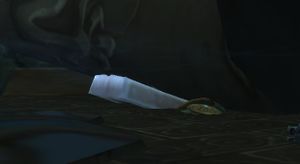 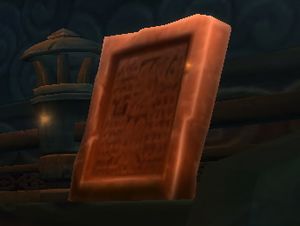 Given the artifacts you found on the altar, I would guess they were attempting to perform a Spiritbinding ritual.

Most of the texts involving Spiritbinding were locked away in the Tomb of Shadows. Perhaps we will find the answers we seek there.

Look for anything that might help us. You'll find the tomb on the first rise closest to the ritual altar.

Did you find anything in the Tomb of Shadows?

These tablets recount the history of the Mogu and the Zandalari alliance dating back to the time of the first Mogu emperor.

By the looks of things they have rekindled their alliance. But why now?

From Mishi's position, cross the courtyard to the northwest and go up the first flight of steps. Turn northeast to enter the Tomb of Shadows. Wary of the Tomb Guardians, Mogu Fleshrenders, and... Zandalari Shadow-Hunters?, head straight in to find the Shen Dynasty Tablet in the nook on the right side of the big statue. Turn around. Looking to the right of the entrance path in the back-right corner is the Wai Dynasty Tablet under a fallen pillar. Finally, in the southeast corner of the room is the Qiang Dynasty Tablet, where a fleshrender and a shadow-hunter are both channeling something into a Frozen Tomb Guardian. Once the last rubbing has been gathered, summon Cho with

[The Tongue of Ba-Shon] to turn in.