The Tongue of Ba-Shon (quest) 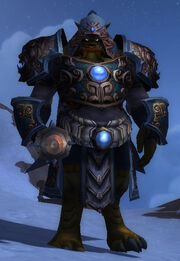 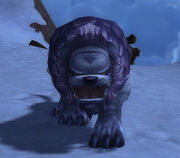 Assist Lorewalker Cho in performing the Binding of Ba-Shon.

Thank you for coming, <name>. I am sorry to have been so cryptic, but I could not risk alerting the mogu to my work here.

They're out in force, as I'm sure you've noticed. Plundering the tombs of their old kings for relics of power.

I could not observe them long before having to flee, but I did manage to recover a relic of my own.

The Tongue of Ba-Shon will let us communicate securely over long distances, but only after I have bound it to myself.

I think I'm ready to begin, if you are.

I'll need to bind my essence to the Tongue, then you can use it to speak with me from anywhere.

This must be a very powerful relic for Zuan to want it back so badly.

It frightens me to think of what else they may find in the tombs...

Speak with him again.

Alright, we're ready to get started.

Go ahead with the binding, Cho.
Lorewalker Cho says: The binding should only take a moment, but I'll be completely entranced.
Cho walks over to the circular rug and sits.
Lorewalker Cho says: Watch my back - I trust you can handle any interruptions.
Reclaimer Zuan yells: LOREWALKER! You have something of mine.
Reclaimer Zuan says: Clever, hiding out up here - using the elements to shield your tracks. But my quilen hounds could sense the Tongue even here.
Reclaimer Zuan says: Yachi! Yao! Rip these fools to shreds!

Reclaimer Zuan is a level 87 mogu with 214,000 health and the following abilities:

He also has two quilen, Yachi and Yao, each with 107,000 health. All three attack at the same time. He will enrage for +20% damage on each quilen's death, so make the decision on whether or not to take them down before focusing on him.

Either way, finish him off.

Lorewalker Cho says: All done. Did I miss anything?