Defeat the Mistress of Twilight.

There is only one more thing that remains, Farseer <name>. We must confront the leader of the Twilight's Hammer and put an end to their sinister plot once and for all.

Without their so-called master, the remaining cultists will be forced to retreat from Deepholm.

Only when The Twilight's Hammer has been crushed and Deepholm has been saved, will we have the support of Therazane against the demons of the Burning Legion.

So, the Mistress of Twilight was actually a dragon... I thought the brood of Sintharia had all been defeated.

I wonder if Zeryxia was not the last of her kind... 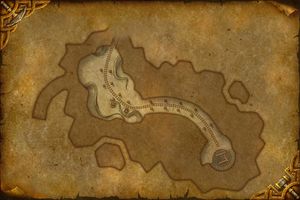 After taking the Twilight Portal:

Muln Earthfury says: We should return to Therazane and inform her of what has transpired here.