From Wowpedia
(Redirected from The Underrot)
Jump to: navigation, search 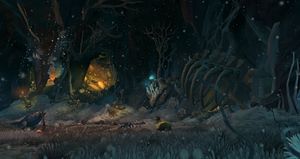 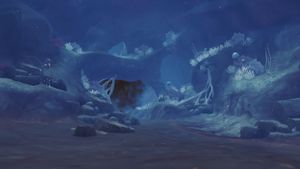 The tunnel below Uldir

The Underrot is a dungeon in Battle for Azeroth. It is entered from the Altar of Rot in the pit that surrounds the Uldir complex.

The name underrot also refers to G'huun's corruption in Nazmir.[1]

Deep within the swamps of Nazmir, a blight grows beneath the surface. Unless this corruption is purged immediately, its influence will spread across the land like a ravenous plague, leaving behind nothing but a festering world.