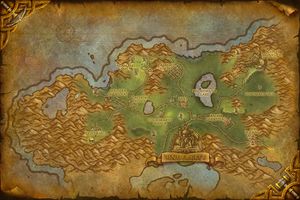 King, peasant, or <class>... I don't care WHAT you were before. I just need somebody with a working tongue.

Being raised from the dead is strenuous. Not everyone copes with it as well as you did. In particular, there are three newly-raised undead who are having trouble coping right now.

I want you to find them and talk to them. It might be that they just need someone that they can relate with.

You'll find them here in the graveyard.

No dilly-dallying now. You're among the Forsaken now, and we hold ours to a higher standard.

You've done well, <class>. As you can see, not all of us have resigned to our fates. I'm glad to see that you're at least willing to work.

Valred will be a valuable asset to the Forsaken. As for the other two... there is not much we can do. We cannot force them to join us. 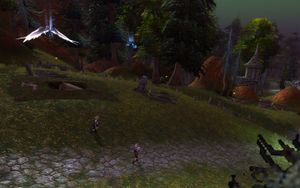 Accepting this quest makes you unable to get the quest Caretaker Caice from Undertaker Mordo.

From Caice's position, look to the north-northwest to see three NPCs marked with yellow arrows.

What... what's going on? Who are you? What happened to me?

Don't you remember? You died.

Calm down, Valdred. Undertaker Mordo probably sewed some new ones on for you.

<Valdred looks back down at his hands.>
I suppose this is my fate then. Hah! Part of an undead army. Somehow I never considered that I might end up fighting for the Forsaken.
<He looks back up at you.>
What do I do now?

You talk to Undertaker Mordo. He'll tell you what to do. That's all I know.

Get away from me, you abomination!

I'm not an abomination, I'm simply undead. I just want to speak with you.

The undead are a taint upon Azeroth! Every one of you creatures deserves to be destroyed!

Lilian, do you realize that you are undead yourself?

Lilian Voss says: No. You're lying! My father will protect me!
Lilian runs off toward Deathknell.

Stand back, monster. You want a fight? Because I'll fight you.
I'll fight any one of you creatures! Do you hear me?

I'm not here to fight you. I've only been asked to speak with you.

Oh really?
Fine. I don't want to join you and your Forsaken. Maybe I'll start my own Forsaken! Maybe I'll invent Forsaken with elbows!

Marshal Redpath says: Who are you calling a monster? You're the monster! I'm just a man who died.
Redpath runs off to the east. 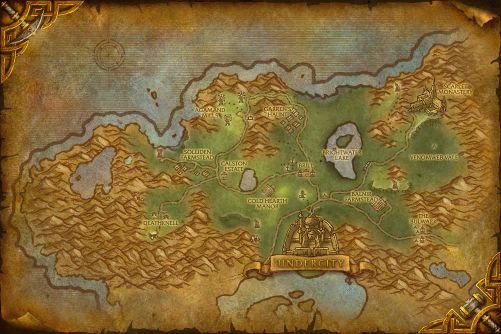