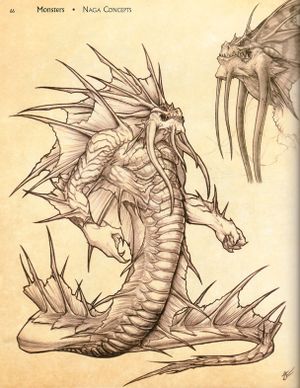 Before the Great Sundering, the Highborne were the highest-ranking caste of night elf nobility. These privileged nobles became obsessed with the Well of Eternity and abused its magics until their activities caught the attention of Sargeras, the dark titan. He promised the Highborne that he would remake the planet Azeroth into a paradise, and that they would be rewarded with great power for serving him.

For a time he held the Highborne enthralled and obedient to his wishes. At Sargeras' command, the Highborne created a portal in the Well in the hope that Sargeras would be able to enter Azeroth himself. Such was his might that Azeroth would surely have been consumed, like countless other worlds, had his plan succeeded.

The Highborne's efforts brought about the first invasion of the Burning Legion, but the ensuing War of the Ancients seemed to do the opposite of what Sargeras had promised. Demons poured from the queen's jeweled palace and laid waste to most of the city. Death and devastation followed the demonic army as it spread outward. At last a large group of Highborne rebelled and fled the palace, rejoining the night elf host. These rebellious Highborne would later become the high elves.

Birth of the Naga

The remaining Highborne stayed loyal to Sargeras throughout the war, but their hard work came to naught. The other night elves, together with many unlikely allies, put up a surprising defense and managed to close the portal. This added magical stress was too great for the Well of Eternity, which imploded with disastrous consequences. As if struck by a giant hammer, the Well was driven downwards by the impact.

The impact shattered the ancient continent of Kalimdor into several landmasses, and a new ocean was born. Much of Zin-Azshari, former capital city of the night elves, was driven beneath the sea. Above the waves, a fierce magical storm now rages: the Maelstrom. Beneath the Maelstrom, the ocean has been whipped into an enormous whirlpool. Once caught in the whirlpool's currents, most creatures have no chance of escaping.

Queen Azshara's palace was also pulled underwater. In the process, some of the Highborne in the palace drowned, but many were instead cursed for their role in bringing about the War of the Ancients. Transformed into the monstrous naga, the former night elves found they were able to survive the ocean's depths. Even so, the naga knew they had little chance of reclaiming the lands that the Highborne had once dominated. Bitterly resentful at their enforced banishment to the sea, they resolved to bide their time until they could retake their rightful place in the surface world.

As it was driven downward into the sea, the Well of Eternity continued to collapse in on itself and was finally obliterated. Its violent destruction has left behind a deep trench on the ocean floor that reaches all the way to the planet's molten core. To this day that core remains exposed and heats the ocean's cold waters. The magical energies that still emanate from the trench have caused monstrous mutations in all nearby living things.

Alliance With the Betrayer

Roughly ten thousand years later, shortly before the Third War, the naga began emerging from the ocean's depths. It was only then that the night elves and the rest of Azeroth learned what had become of the Highborne, who had been presumed dead.

The largest observed group of naga is currently under the command of the demon Illidan Stormrage. Shortly after the Third War, he contacted a large group of naga and forged an alliance. Led by Lady Vashj, these naga still serve Illidan today in Outland. Furthermore, he has used Vashj and her brethren to recruit additional allies for him: Prince Kael'thas Sunstrider and the blood elves.

In general, naga are scaled humanoids with the lower bodies of large serpents. Naga can breathe water or air, and some naga have recently emerged from the ocean's depths. Yet most naga have continued to dwell in the ocean's depths, beneath the site of the original Well of Eternity. Thus, although the Well itself no longer exists, the naga have experienced a wide range of mutations due to the Well's residual energies.

As former Highborne, the naga's past abuse of the Well has not been without additional consequences. The Highborne were obsessed with the Well, and the naga have been exposed to the Well's residual magics for millennia. Consequently modern naga are addicted to magic.

Naga tend to be long-lived, much like the night elves, blood elves, and high elves. Some naga have even gained immortality as part of their mutations. However, most immortal naga are women rather than men.

Naga women are tall and slender, with fine scales and angular features, and often have at least four arms. For some reason naga women have proven better than naga men at maintaining pre-Sundering memories and personalities. As a result, naga women are intellectually and magically superior to their male counterparts, and naga society is matriarchal.

Bigger and physically stronger than naga women, naga men are relatively bestial in appearance. A male naga's head resembles that of a dragon, and he has a muscular humanoid torso. The scales that cover his body are larger and thicker than those that cover the body of a naga woman.