The Well of Eternity

The Well of Eternity is the first book of the War of the Ancients Trilogy novels.

Many months have passed since the cataclysmic Battle of Mount Hyjal, where the demonic Burning Legion was banished from Azeroth forever. But now, a mysterious energy rift within the mountains of Kalimdor propels three former warriors into the distant past -- a time long before orcs, humans or even high elves roamed the land. A time when the Dark Titan Sargeras, and his demon pawns persuaded Queen Azshara and her Highborne to cleanse Azeroth of its lesser races. A time when the Dragon Aspects were at the height of their power -- unaware that one of their own would soon usher in an age of darkness that would engulf the world of...

In the first chapter of this epic trilogy, the outcome of the historic War of the Ancients is forever altered by the arrival of three time-lost heroes: Krasus, the dragon mage whose great power and memories of the ancient conflict have inexplicably diminished; the human wizard Rhonin, whose thoughts are divided between his family and the seductive source of his now-growing power; and Broxigar, a weathered orc veteran who seeks a glorious death in combat. But unless these unlikely allies can convince the demigod, Cenarius, and the untrusting Night Elves of their queen's treachery, the Burning Legion's gateway into Azeroth will open anew. And this time -- the struggles of the past may well spill over into the future... 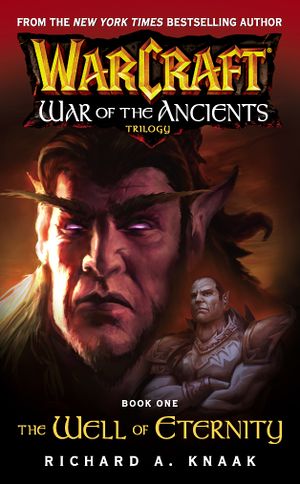