Place the Earthen Ring Banner in the center of Abyssion's Lair, slay him and obtain the Upper World Pillar Fragment.

It's time, <name>. We have spotted Abyssion making his way to the lair.

The Twilight's Hammer might've though the fragment would be safe if a dragon guarded it, but I've met enough dragons to know their one weakness. Pride.

Abyssion's not going to run from a fight with us puny mortals.

Place the banner of the Earthen Ring in the middle of his lair. Once we defeat him, bring the fragment to Maruut. We need to repair the World Pillar as soon as possible.

You will also receive: 17

Your efforts in repairing the World Pillar are invaluable, <name>. Once the Temple of Earth's structure is stable again, the rift between the worlds will begin to stabilize.

Fly east back to the lair. In the very center of the lair is an egg area. Plant the banner there:

Abyssion is approaching. Get ready!

Mylra and a few shaman come to help, but players are mostly on their own.

Stormcaller Mylra yells: he's coming. Get ready, lads!
Abyssion is snared! Stay on the move to avoid his attacks.

Abyssion has ~402,111 HP and uses the following abilities:

Much like the matriarch fight earlier, this is a hit-and-run kind of fight. Abyssion is rooted but otherwise free to cast as he pleases.

Players who did not get the tap can still loot The First Fragment of the World Pillar and head back to the Temple of Earth.

After completing this quest along with

[83] The Very Earth Beneath Our Feet. 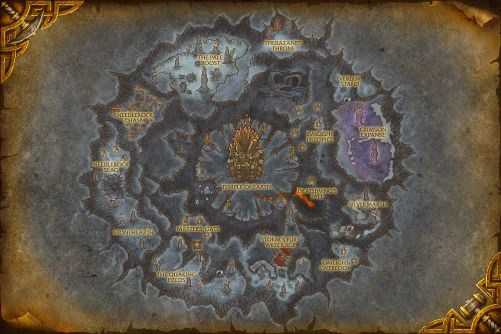