The Worst Mage in Dalaran - A Children's Book 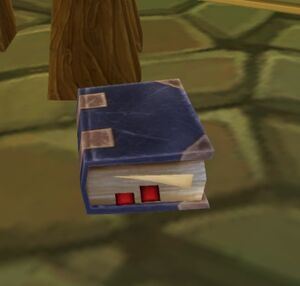 The Worst Mage in Dalaran - A Children's Book is a book in Dalaran which can spawn in place of The Schools of Arcane Magic.[56.7, 45.5] 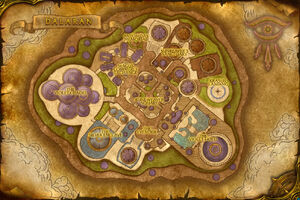 The Worst Mage in Dalaran - A Children's Book

Once upon a time there lived a mage who could not cast fireball, polymorph or frostbolt. When he conjured water, it came out as mud. His attempts at arcane intellect made the subjects stupider. Without any doubt, his tutors agreed that their pupil, Bungledorf, was the worst mage in Dalaran.

Bungledorf had come to learn with great hopes. He guzzled mana potions before class, mistakenly believing they would increase his skill. But all they ever increased was the number of times he accidentally burped during important invocations, often setting classmates' robes ablaze or turning his teacher's beard into sheep's wool in the process.

At his first exam, Bungledorf was asked to cast frost armor correctly. The other students shifted in their seats fearfully as he began the incantation. A blue fog encompassed the young lad and for a moment it looked as though he had succeeded. But then he began to shiver and sneeze violently, and everyone finally realized: he had given himself frostbite.

One day Bungledorf was in the park, wondering whether he was cut out to be a mage. He saw some children playing nearby and remembered his dream of being a powerful spellcaster. "Yes," he thought, "I can do it: I just need to try harder!" He looked for something to practice on and noticed an unusual tree before him. Summoning his courage, Bungledorf began casting a spell on it. He shut his eyes, afraid to see the result...

When he finally looked, the tree was replaced with a beautiful night elf. "It worked!" he cried, "It's transformed! I am a mage after all!"

The night elf was confused for a moment and then smiled at him gently. "I am a druid, young one. We take other forms by our own will."

Bungledorf blushed and stepped away, only to trip over his robes and fall headfirst into the lawn. A chorus of giggles greeted him as he adjusted his long pointed cap and shuffled off towards the dormitory, his head hanging low.

The night elf lingered, pondering the boy. When she turned to leave, she caught her foot in something and nearly lost her balance. Surprised at the unfamiliar obstacle, she looked down to see a glistening crop of mageroyal, its petals slowly unfurling into full bloom, where moments ago there had been nothing. She wondered at this, and then, realizing, turned back in the direction Bungledorf had been walking, but the young mage was already gone.