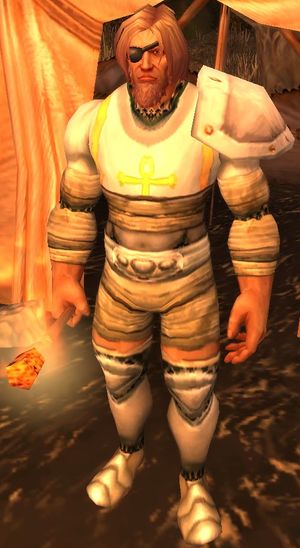 The Theramore deserters are a group of ex-soldiers from the Theramore Guard who deserted their duty for various reasons.

Some of them even stayed behind in town to agitate the local population with propaganda denouncing Lady Jaina Proudmoore and encouraging more Theramore guards to join them. The SI:7 agent Calia Hastings fought against them.[1] Others can be found as mobs in the Dustwallow Marsh and were involved in the burning of the Shady Rest Inn[2] and the kidnapping of King Varian Wrynn.[3]

A group of Theramore deserters (ex-Kul Tiras marines) led by Rober Ronn were willing to try to assassinate Jaina Proudmoore, assisted by the black dragonspawn Madaggan and Shalrath.[5]