This article is about the non-instanced zone. For the 5-man dungeon located in Tol Dagor, see Tol Dagor (instance). For the achievement, see 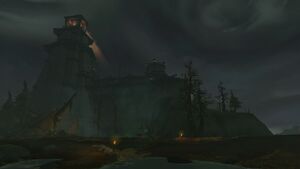 Tol Dagor is a small prison island in Kul Tiras, off the eastern coast of Tiragarde Sound.

An Alliance emissary was imprisoned here when they arrived with Jaina Proudmoore to Kul Tiras but were later rescued with help from Flynn Fairwind and Taelia Fordragon.

In the Horde War Campaign, Rexxar, Arcanist Valtrois, and a Horde champion broke out Priscilla Ashvane from the prison. 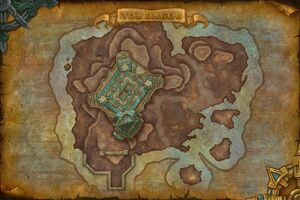