Treasure, Treasure Everywhere is an exploration achievement earned for finding 25 of the 41 treasure chests in out-of-the-way (or well-guarded) areas on the Timeless Isle.

For the sake of clarity, locations of all of the Moss-Covered Chests are found in a separate article. 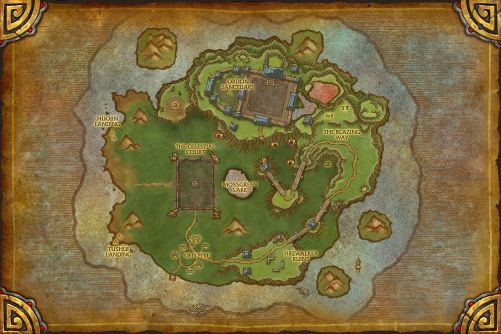 There are four Skull-Covered Chests (marked by yellow stars):

Aggro a Highwind Albatross and let it fly all over the island until it passes over the rise where the chest is, then attack it and kill it
Southwestern chest on the rise above Tushui Landing [26.7, 64.9]

Aggro a Highwind Albatross and let it fly until it passes over the rise where the chest is, then attack it and kill it
Croaking Hollow [64.4, 70.2]

Gain access to the Mysterious Den and kill Spelurk, who is guarding the chest

There is one Skull-Covered Chest (marked by a skull icon): 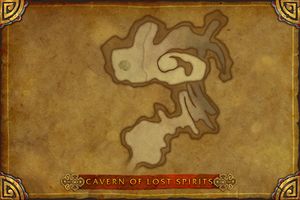 Mid-way to the back of the cave in the switch-back area, past the second bonfire

There are two Smouldering Chests (marked by red Xs):

Southwest corner of the ruins of the central building
Shrine of the Black Flame [68, 33]

Northeast corner of the ruins of the building

There is one Blazing Chest (marked by a green triangle):

West side of main court, guarded by two Molten Guardians, legendary cloak is not required (use an Albatross to get to the area)