Stand near a Frostmane Soothsayer in each of the Frostmane camps and listen to what they have to say.

I'm notoriously bad at reading troll facial expressions. That being said, these trolls don't look angry to me. They seem to be confused... maybe a little frightened.

Something happened that we're not seeing here, <name>. I say we do some investigation before we just kill every troll in sight.

There are three troll camps in the area: one to the southeast, one to the southwest, and one due west. Each camp has a soothsayer... see if you can get close enough to listen to what they're saying.

I can't even begin to imagine what would make the trolls act like this.

Hmm... interesting. From what you're saying, it sounds like a fire elemental might have snuck in from Searing Gorge. Or, the earthquake opened up a crack to the elemental plane...

Either way, this is bad news. You should probably report this information to Grelin.

[4] The Troll Menace and A Refugee's Quandary before heading out. 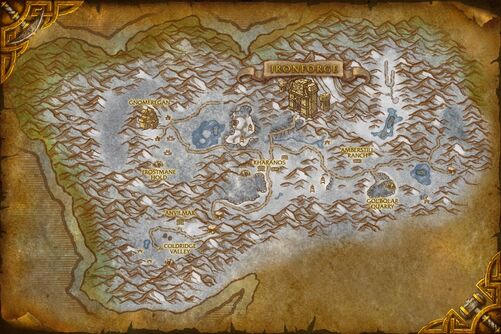