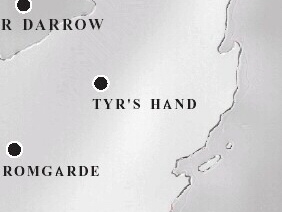 Tyr's Bay on the map from the Warcraft II manual (may be either of the two bays seen on the eastern coast). 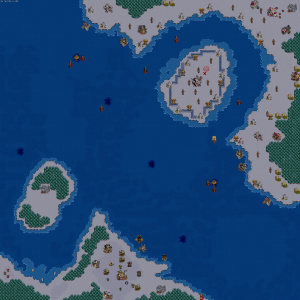 Tyr's Bay is a bay located on the eastern coast of Lordaeron, due east of Tyr's Hand.

During the Second War, the Horde assisted the ogre magi in the creation and defense of a fortress on an island at the mouth of Tyr's Bay, cutting off the human supply lines into Quel'Thalas and razing the city of Tyr's Hand itself.[1]

In World of Warcraft there is no feature on the coast near Tyr's Hand that would clearly resemble a bay, but New Avalon's port, King's Harbor, may be the facility seen in Warcraft II.