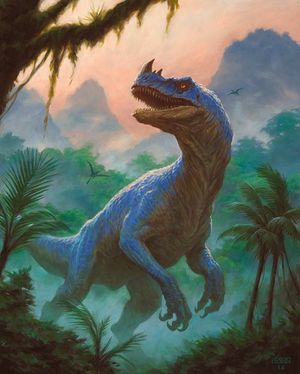 Tyrantus is a devilsaur who appears at the Slithering Scar in Un'Goro Crater during the Un'Goro Madness micro-holiday.

Tyrantus appears as a legendary card for the Druid class in the Journey to Un'Goro expansion for Hearthstone. His flavor text reads: "Millennia of evolutionary pressures turned his species into the Faerie Dragons we know today."