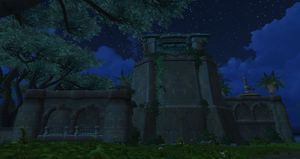 The Uncharted Island is a tropical island located somewhere in the Great Sea,[1] serving as a tutorial scenario for Island Expeditions. There is an abandoned Kul Tiran fort on it, equipped with cannons and possessing a ship dock. The island is now occupied by hozen of the Kunzen tribe, and gorillas. During the Blood War, members of the Alliance and the Horde arrived on the isle after reports indicated the presence of Azerite on it. Led by either Flynn Fairwind or Captain Rez'okun, adventurers gathered the Azerite, which had been contaminating the wildlife. The hozen leader, Akakakoo, had also been collecting it.[2] 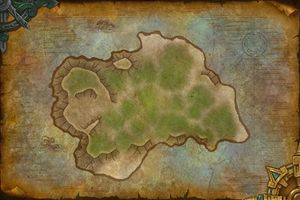 Map of the Uncharted Island. 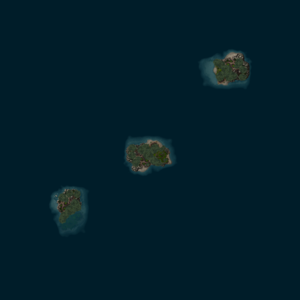