Unlike the other Legion artifacts, the Underlight Angler's power was not sacrificed to draw out the darkness from the Sword of Sargeras to stabilize Azeroth's wounds, and thus it is usable in Battle for Azeroth and beyond.

[Luminous Pearl]. In order to fish up the pearl, players are required to have the following: 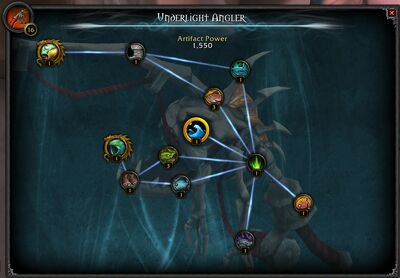 The original artifact tree for the Underlight Angler.