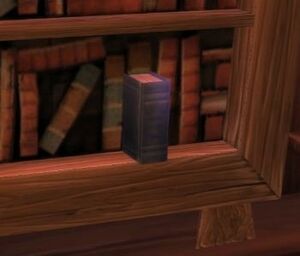 This powerful book, as its name might indicate, was written by the talented mage Ur of Dalaran. By the words of High Sorcerer Andromath, "its secrets are not meant for the untrained, and plumbing its depths can lead to doom and ruin".

The book was kept in Stormwind until Morganth, a mage fallen to the dark arts, took it away to Redridge. And though the mages of Stormwind fear that Morganth hid the book somewhere, or that he found a way to open it and read its contents, he failed to break the seals the mages had placed on it. The book is now kept in the tower of Ilgalar in Redridge. High Sorcerer Andromath wants to have Ur's Treatise on Shadow Magic returned.

Ur's Treatise on Shadow Magic was located in the tower of Ilgalar in Redridge Mountains. [70, 42] 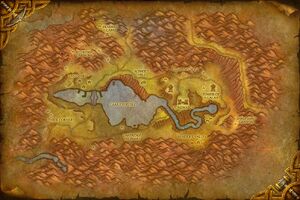 This item was an objective of

The swirling symbols and pictograms that fill the pages of this manual are esoteric beyond comprehension.

Horde players are sent to retrieve a book called

[The Book of Ur] from Shadowfang Keep. It is possible that the Treatise on Shadow Magic is an excerpt from the book.