Difference between revisions of "User:Ashbear160"

A young black drake, son of onyxia, he held the chaotic ways of the black dragons as a repulsive and disgusting act of insanity, and wants to leave the embrace of it's cruel family of loonies for something more, kept secret for if it was revealed we would be killed on the spot, during the Varian's expedition, beneath the mantle of chaos he made his escape, and started to embrace it's freedom.

An ancient dwarf archaeologist, after years of following artefacts all over azeroth he found a lead that could end his search for the Crystal skull, an titan artefact famous for it's ability to nuke the undead, after months at an archaeological site in the thunder bluff, he was killed just when he removed the dust of the top of the crystalline cranium, his body covering the skull forever, while the tauren covered the holes with dirt and dwarf bodies.

A furbolg born of an thistlefur female and a foulweald male, corrupted rape, he was a unloved child by his mother, although the opposite wasn't true, his mother was killed by the Dreamstalker while he was still a child, the green drake, ever since he holds a grudge against the dragonkind, and has grown into a powerful ursa totemic, he has already killed a green, blue, red and black dragon(the bronze are too hidden for him), he's now hunting down a twilight dragon that stole the mementos of his mother and the dragons he killed, if he would succeed only time will tell, but he still hunts the Dreamstalker from this day on.

A Sporelok that was saved by a human adventurer of azeroth using the light, from the hungry fungal giants, since his birth he idolates he travelled to shatar, and learned from the aldor on how to harness the light, constantly dreaming of going to azeroth an be a hero like it's saviour, however as he passed trough the portal of the sunwell, he saw a what he dreamt a strange new world needing heroes, filled adventures, but not all of these adventures were joyous trips and not all of them were horrible tortures, and has he slowly learn the one that saved him, might be it's worst enemy.

An geyser elemental an abyssal templar under the service of a elemental lord, he has the mission of recovering a set of important artefacts, however he was captured by a powerful female Gnome mage Maskala that his forced to obey his every command, stopped from his mission the elemental lords grows impatient, and he fears the repercussions, and has so he found a way to trick maskala into continuing his mission under the promise of power, but the gnomish woman is not to be taken lightly, and as we find whos in real control, we find who his the smarter the Ancient elemental Tritonus, or the young power-hungry but good gnomish woman Maskala.

A former highborne painter, that was cursed into a naga forever cursing his queen for his inability to paint.

A orc born very weak from a family of exceptional fighters, bullied since childhood by all the other orcs, and assigned as a peon since very young in his adolescence, when he was twenty he was assigned to repair undercity, while the kor'kon guard supervised the forsaken recovery after the battle with varimatrhas and putress, and quickly pointed out the problems and solutions the forsaken couldn't fix while researching new plagues, and proved to have a inhert talent to biogenetics which the forsaken quickly hired him as fast as possible from the guard, and advanced the forsaken understanding of biogenetics, by leaps and bounds, nowadays he's trying to create worgen cursed-silithid hive-dragonflight.

A powerfull necromancer that had above average ability to create undead(topic), famous for rising hundreds of incredible heroes(good topics) and pustulent horrors(bad topics) for the scourge(scrolls of lore forums).

Naga Twins born from in high aristocracy, they are both anomalies, Evadne was born with the skin of a sea cucumber and has high resistance to magic, Aon was born with a thousand spines like a sea urchin, since they reached maturity they rose quickly trough the ranks of the queen's domain racing to the top for the queen's attention.

A rare breed of troll, daughter of a powerfull Drakkari troll who raped a Sandfury female, she was saved later by a passing night elf druid, who was studying why the world tree in grizzly hills failed, from a decade of child condimentation by his father, brought, her to the shatterspear tribe to be raised, she was raised as a druid, inspired by her mother prayer's to the sandfury loas, and the drakkari loas enforced half a decade after her mother was eaten by her mate, and much later during her training as a druid of the shatterspear their loas and the proximity to moonglade of the night elf's ancient, she made her life-long goal to study every loa and ancient in the world and classify it, crafting a totem's representing each one with the inscriptions on the back with all the information she gathered about them.

The lesser know of the elemental lords and given little importance in the scheme of themes as he is more nurturing to the sapient races than the other elemental lords, know has the Knight of lactic acid, the Walker of the milky way, and the Lord of the molten cheese, he lives in his realm, the great cheese in the sky which is the moon of the elemental realm, where rivers of milk cataracts fall into pits of molten cheese, and everyday a new piece of dairy product is made to be given to the lesser races if the lord so approves. 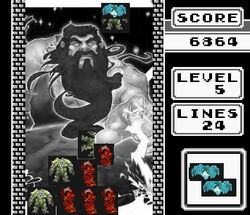