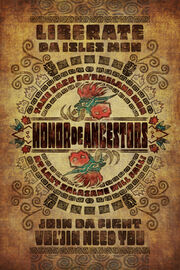 "What the mank did you just mankin' say about me, you horkin' wikket? I'll have you know I grooked top of my boogaloo in Grookin Hill, and I've been involved in numerous secret grookings on the slickies, and I have over 300 confirmed grooks. I am trained in monkey grookin' and I'm the top fishripper in the entire Forest Hozen armed forces. You are nothing to me but just another nib. I will wipe you the mank out with precision the likes of which has never been seen before on this Azeroth, mark my mankin' words. You think you can get away with saying that hork to me over the flap-flaps? Think again, manker. As we speak I am contacting my secret network of grookers across the Jade Forest and your kroogs is being tracked right this jibbet so you better prepare for the ikk, mook-mook. The ikk that wipes out the blookin' little jerb you call your life. You're ookin' dead, wikket. I can be anywhere, anytime, and I can ook you in over seven hundred ways, and that's just with my bare nooks. Not only am I extensively trained in unarmed grookin', but I have access to the entire jab-jabs of the Horde navy and I will use it to its full extent to wipe your miserable ooker off the face of the continent, you little dook. If only you could have known what dookin' jeek your little 'wikkin' comment was about to bring down upon you, maybe you would have held your blikkin' jabber. But you couldn't, you didn't, and now you're paying the nibs, you ikkin' wikket. I will dook juju all over you and you will drown in it. You're mankin' dead, wikket."