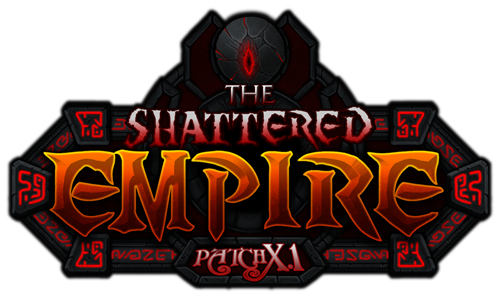 Nezar'Kali is dead and her forces scattered, but evil yet remains in the darkness of Azeroth's underworld...

The Search for Brann Bronzebeard

The Spider Kingdom's rise to power has been thwarted, but the architect behind their resurgence endures. The aqir, an ancient and terrible race, is scheming to return to threaten Azeroth, and their agents are already on the move throughout Northrend. The key to uncovering their millennia-spanning scheme lies in the Worldgate, an ancient titan structure corrupted by the aqir in the days of their supremacy.

The reknowned explorer, Brann Bronzebeard, found the Worldgate in the nerubian city of Ahn'Vekir. In order to stop it from falling into the hands of the Spider Kingdom, he sabotaged the gate, drawing the nerubians and himself through it to an unknown location. Now, the forces of Doorward have captured the Worldgate and re-activated it, opening a magical gateway to the heart of the aqir's long lost ancient homeland - Azj'Aqir.

The Alliance and the Horde must journey through the Worldgate, to the Shattered Empire of Azj'Aqir, and uncover the true extent of the aqir threat to Azeroth.

Throughout the struggle against the Newbreed, the latest incarnation of the Twilight cult organized by Xarosan, the new Master of Twilight, has been building up its power towards an unknown agenda. Xarosan has rallied the survivors of the Northrend Twilight's Hammer cabals, as well as bringing many remnants of the Scourge into the fold, adding the power of necromancy to the growing armies of Twilight. Throughout the conflict with the emergent Spider Kingdom, Xarosan moved through the shadows of Azeroth's underworld, painstakingly assembling an artifact of terrible power - the Eye of Nerub.

A crystal orb that nerubian myth claims came from one of the Old Gods, the Eye is a seemingly limitless source of dark magic. Xarosan has used the eye as a power source for the necropolis Malykriss, a floating fortress composed entirely of saronite, the black blood of Yogg-Saron himself. This seemingly invincible weapon to spearhead his forces, Xarosan is confident in beginning the next phase of his plan - the conquest of Dalaran and the destruction of the newly forged alliance between the blue dragonflight and the Kirin Tor!

With the forces of the blue dragons and the mages of the Kirin Tor occupied with the Malevolence haunting Northrend's ley line network, the defenses of Dalaran itself are sorely depleted. His ranks swelled with new minions and magics, Xarosan is confident of overwhelming victory. Once Dalaran has fallen into his grasp, Xarosan plans to use the immense magical energies of the city to further fuel his dark designs. Only the swift action of the Alliance and the Horde has any hope of turning the tide against Xarosan and the Twilight Scourge!

The Vault of Archavon's True Purpose

The titans created many servants in ancient times to aid them in bringing order to Azeroth. The earthen, the tol'vir, the mogu, and many more. Among their mightiest servants were the giants and the dragons, beings of immense size, intellect, and power. The five dragonflights and their Aspect leaders were born from the power of a single great creature, the proto-Aspect Galakrond. From his primordial might, the titans created all dragons. This pattern of creation was first performed with the giant races, and the first and mightiest of the giants was known as Degaton.

Forged of living metal in the very image of the Makers themselves, Degaton became the Supreme Prime Designate of all the titans ground forces, their general and champion. Degaton led the forces of the titans into battle against the servants of the Old Gods, and commanded every legion born from the life forges of his masters. Even mighty Degaton was not immune to the corruption of the Old Gods however, and before the great old ones had been laid low and imprisoned, Degaton was infested with their most vile affliction, the Curse of Flesh.

The titans chose not to unmake Degaton, but neither were they prepared to purge the Curse from his body. Instead, they placed him in statis and entombed him in a vast complex, charging Degaton's mightiest lieutenants to watch over him. This titan complex has become known in the modern age as the Vault of Archavon. Degaton still remains, locked within the vault's deepest chambers. Dark forces plot his release...

New level 94 dungeon and raid zones have been unlocked. Players must advance to level 94 before they are able to enter these zones.

A host of new creatures can be found in Azj'Aqir.