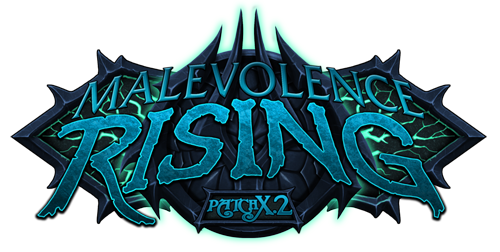 In the aftermath of Malykriss's failed assault on Dalaran, the Twilight Scourge have fled to regroup in Shadowcrown Glacier, the treacherous underground region that lies deep beneath the Storm Peaks. Taking advantage of the chaos, Death Queen Angerboda makes her move at last. And beneath the dark tower of Karazhan, the Malevolence is on the rise.

The Watcher in the Dark

Tyr's machinations will unleash a threat that will shake the very foundations of the world...

Angerboda has resurrected a new vast army of vrykul from those slumbering beneath Utgarde Keep. With the Alliance and the Horde still regrouping after the attack on Dalaran, and the Knights of the Ebon Blade still recovering from the war with the Twilight's Hammer, Angerboda seizes the opportunity to assault Icecrown Citadel. Her newly forged army overpowers the death knight forces there, and Angerboda confronts Bolvar Fordragon, the new lich king himself.

Angerboda is able to do the unthinkable - she defeats Bolvar in single combat and captures the Crown of Domination from him. While Bolvar retains much of the lich king's power and is rescued by the Knights of the Ebon Blade, Angerboda departs with the crown to the catacombs of Utgarde Keep. With half the power of the lich king at her disposal, Angerboda plans to awaken the remaining sleeping vrykul and seize the ancient titan machine known as the Stoneforge hidden beneath Howling Fjord. With the power of creation and death at her disposal, Angerboda will be unstoppable.

The blue dragonflight and their allies in the Kirin Tor stand ready to purge the Malevolence from Azeroth's ley line network, exiling the entity to the Twisting Nether. However, rogue agents of the Twilight's Hammer disrupt the process, allowing the Malevolence to escape. With the ley line network restored, the Malevolence is able to travel to the true nexus point of all magic on Azeroth - the dark tower of Karazhan.

Deep beneath Karazhan, in the same tunnels where the sorcerer Medivh met his destiny, the Malevolence is attempting to incarnate itself into a physical form. If it is able to leave Azeroth's ley line network and spread its influence throughout the world, nothing will be able to stand before its fury. Deep within Karazhan, the true nature of the Malevolence will finally be revealed...

A host of new creatures can be found in Shadowcrown Glacier.

New level 95 dungeon and raid zones have been unlocked. Players must advance to level 95 before they are able to enter these zones.