Related to Golden Yak's Expansion Concepts. This new leveling system comes into play as characters grow in power and experience.

New ways of waging war have been developed to combat rising dark forces.

The Art of War

The world is filled with enemies more dangerous than mortal minds can truly understand. Distant lands thought lost to time have been found. New worlds have been discovered. Powers ancient and unfathomable have been harnessed. The mortal defenders of Azeroth are prepared to unlock new skills and new ways to wage war.

All classes have been granted 4 specializations, allowing players to unlock their character's full potential and take them into battle in never-before-seen ways.

A peerless fighter, possessing formidable speed as well as strength. 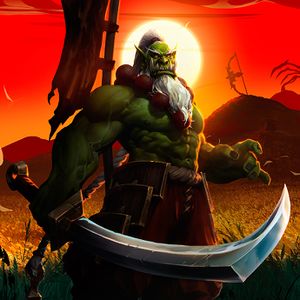 Warriors who walk the path of the Weaponmaster focus on pushing their speed and agility to the utmost, combining these attributes with their fearsome skill with their chosen weapon. A Weaponmaster's depth of training and focus borders on the near-mystical, allowing them to accomplish tremendous feats of physical acumen.

Weaponmasters specialize in dealing steady, sustained physical damage. Their abilities render the enemy gradually more vulnerable to taking damage while at the same time reducing the enemy's capacity to inflict damage. Weaponmasters can move in and out of combat with ease, rapidly closing the distance between an enemy or quickly moving out of range.

A shadowy protector that uses the powers of darkness to evade his foes. 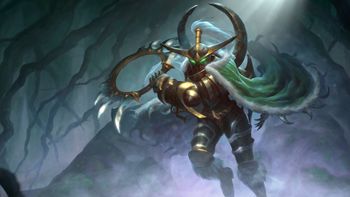 Nightwards draw upon the powers of darkness to fuel their abilities, employing a rogue's martial shadow magic to its fullest extent. Weaving the shadows around themselves in a manner distinct from traditional spell-casting, Nightwards can stand against the strongest of foes.

Nightward is the rogue tank spec. Rather than using high health pools to absorb large amounts of damage, Nightwards use evasion-based abilities to survive. Nightwards can avoid damage entirely, re-direct is back at its source, or absorb it to fuel strong physical damage-dealing abilities.

A noble knight that smites the wicked and defends the righteous. 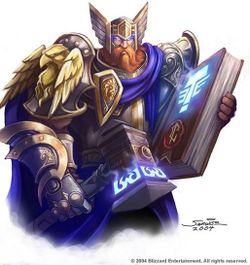 Crusaders are paladins whom have been hardened through constant battle on the frontlines of a thousand conflicts. Experienced in wars against the foulest foes of Azeroth, Crusaders have learned the value not only of striking the enemy without mercy, but also of supporting their comrades-in-arms on the battlefield.

Crusader paladins use holy power to fuel their abilities. In the midst of combat they can decide between using their power to inflict damage upon the enemy, or to use it to heal and support themselves or their allies. A Crusader can extend magical auras across the battlefield which gradually increase in potency, slowly building up the might of his comrades or protecting them from ever-increasing damage.

A shaman who has forsaken balance to harness the raw destructive power of the elements. 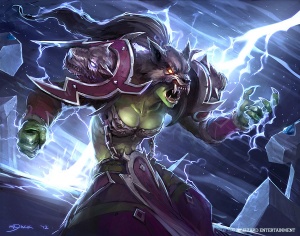 The elements of the world have not escaped the conflict that has engulfed Azeroth in recent times. With the absence of many elemental lords, the chaos wrought by the Cataclysm has contributed to the instability of the natural world. Some shaman have embraced the imbalance as a source of great power, favoring chaos over order.

Chaos shaman are not bound to a single role in combat. They are capable of dealing out punishment at close range using the power of earth and fire, and call upon the storm to batter their foes from a distance. When their powers are fully unleashed, the elements blend together into raw elemental force, which can be dangerous to friend and foe alike.

A spell-caster who uses his very life's blood to fuel fearsome magicks. 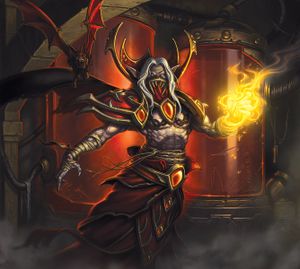 The Blood Mage has uncovered the grim art of fueling magic using the vital energies of living organisms. Distinct from warlock magic that sacrifices life force to generate fel energy, blood magic redirects the vital forces of living beings to produce a wide variety of potent magical effects. Though Blood Mages walk a fine line between the arcane and the powers of darkness, blood magic is a power of potent and vital life, that can be used to protect as well as destroy.

Blood Mages are ranged spell-casters that can fulfill a tanking role. Their ability to convert mana to health and use health for their spells ensures that they will rarely run out of the resources necessary to maintain their abilities. Their special Blood Casting form also unlocks powerful abilities fueled purely by sacrificing health.

A wielder of dark magic who has given himself over to his demonic side. 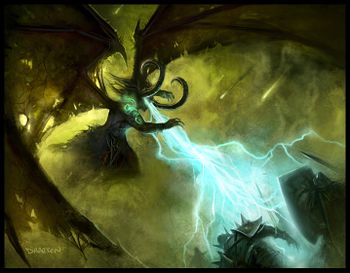 The fury of Dark Metamorphosis.

Warlocks who have unlocked the power of Dark Metamorphosis have fully given how their flesh and spirit to the powers of chaos, corruption, and darkness. Rare indeed are those who can invite the very essence of the demon into themselves and remain un-ruled by evil intent. These warlocks have enhanced the resilience of their demon form, allowing them to engage in close combat with powerful enemies.

A powerful sage who walks the line between Light and Shadow, dealing harm and healing in equal measure. 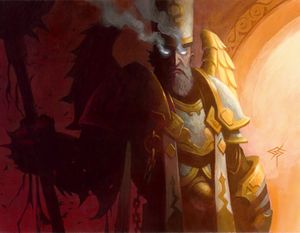 Twilight priests are those who strive to find a balance between the forces of the Light and the Shadow. Believing that neither force can exist without the other, Twilight priests harness both, and in doing so have discovered a power that can be used to lift up as well as cast down. Rather than subscribing to the chaotic doctrines of the Twilight Cult who seek the doom of eternal nightfall, Twilight priests fight for the new dawn to come.

Twilight priests have found a balance between light and darkness, and so are able to use both restorative and damaging abilities. Twilight priests generate Twilight Power while using their abilities, and when sufficient amounts have been generated, their can empower themselves with either Light of Dawn or Nightfall. When empowered with the Light of Dawn, Twilight priests are capable of greatly enhanced healing, and can increase their resistance to damage, improve their combat capabilities, and perform other feats to support their allies. The power of Nightfall grants the priest increased damage to all of his spells and causes them to deal purely shadow damage.

A roving mystic who combines unique spell-craft with unparalleled marksmanship. 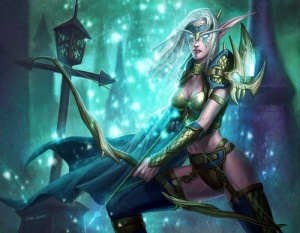 Rangers are hunters who have become so attuned to the natural world that they are able to draw upon the inherent magical energies of nature. In their solitary wanderings, they have learned to focus the magical power within themselves to such a degree that they can project it outwards, infusing it into their weapons as extensions of themselves.

Rangers are hunters who rely more heavily on magical damage and effects than raw physical damage. A ranger can use a wide of variety of magical-based ranged attacks to not only damage the enemy, but debilitate and control them, ensuring that combat always proceeds as they see fit. A ranger can shape the field of combat with a handful of well place magical traps, and turn any region he wishes into a killing field that will see their enemies laid low.

A fearsome dark warrior who has unlocked the full power of undeath to become a lich. 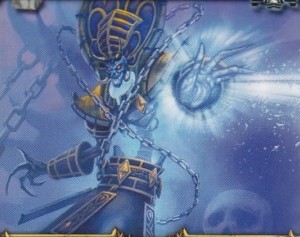 The power of a Lich unleashed.

In the wake of the Lich King's demise, some death knights have embraced undeath completely, making the transformation into lichdom. Shedding most of their physical form and becoming creatures of powerful magic, Lich Knights trade martial prowess with their rune-weapons for deadly spell-casting abilities.

Death Knights who choose the Lich specialization use Lich Form to transform themselves into liches, allowing them to deal magical damage at long range. Liches can make use of every aura to unlock their ranged abilities, but can only effectively use an aura for a short time before needing to switch to another. Frost and Unholy auras are used to deal damage, while Blood aura is used to protect the Lich from damage.

A master of martial prowess who can focus their inner energies to perform tremendous feats. 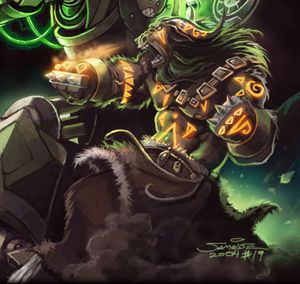 Thunderhand monks have refined the art of chi manipulation to such a degree that they are capable of projecting it out from their bodies in destructive bursts. Thunderhands substitute ferocity in close-combat for the ability to defeat a foe before they can even approach.

Druids already got one, so nyeh.