I was Sairez but after curse updated and the user name choice display was removed, my user name became X59 for Wowpedia.

After thinking about I decided to keep it in place since I've used my curse name with stuff. With all that said I would like to share that I'm a huge fan of Warcraft lore and really enjoy when the story throws unexpected curve balls such as an uncurropted black dragon. Speaking of dragons they are one of my favorite races within the Warcraft universe along with Orcs, Trolls, Tauren, Blood Elves, and Worgen.

I am pro Horde

and my main character is an Orc Shaman on Server:Ner'zhul US. 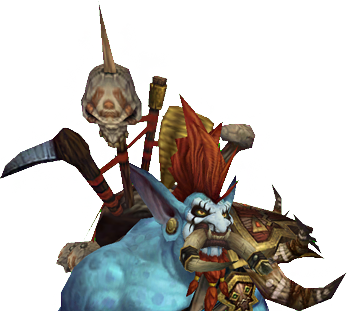 User:X59/World of Warcraft: Hour of the Naga

User:X59/World of Warcraft: The Nightmare

An Ode to Arthas

"This country...belongs to the people who inhabit it. Whenever they shall grow weary of the existing government, they can exercise their Constitutional right of amending it, or the revolutionary right to …overthrow it."

"Give me liberty or give me death."

"Always forgive your enemies; nothing annoys them so much."

"Those who fear the darkness have never seen what the light can do."

"You indeed have the power to fight. However, they do not."

"The beginning of wisdom is the statement 'I do not know.' The person who cannot make that statement is one who will never learn anything. And I have prided myself on my ability to learn."

"All we can do is walk the road we are given with such dignity as we can muster, each to our own glory or demise, and pray that there yet remains something of our own hearts when all is said and done. By the Sunwell, I hope that there will remain something of mine."

"I'm a snake. With cold skin, no emotions, that slithers around searching for pray with its tongue, swallowing down those who look tasty."

"I suppose it is only to be expected. You have my pity. There is no such thing as 'truth' or 'lies' in this world; there never has been. There is only plain, hard facts. And yet, all beings who exist in this world take only those 'facts' that are convenient to them, and take them to be the 'truth'. They do so because they know no other way to live. However, for those powerless beings that make up the majority of this world it is those 'facts' that are inconvenient for their own self-affirmation that make up the real 'truth'."

"Reason exists for those who cannot go on living without clinging to it. Now let's go... to the edge of reason."

"The only ones who should kill are those who are prepared to be killed!"

"Bloodshed begets bloodshed. Hatred begets hatred. The rage and emotion sinks into the land and stains it with the crest of blood. No matter how many times they repeat themselves, they never learn. These sad fools..."

"A person is smart. People are dumb, panicky dangerous animals and you know it."

"People live their lives bound by what they accept as correct and true. That's how they define "reality". But what does it mean to be "correct" or "true?" Merely vague concepts... their "reality" may all be a mirage. Can we consider them to simply be living in their own world, shaped by their beliefs?"

"Knowledge and awareness are vague, and perhaps better called illusions. Everyone lives within their own subjective interpretation..."

"An expert with a stone can still beat a novice with a shuriken."