From Wowpedia
(Redirected from User:Zeal)
Jump to: navigation, search

With the move to Wowpedia, and a rename back to Zeal, i think my userspace is messed up again. Oh joy! Will fix it again some day.

Project Rex still on the back burner, though World of Starcraft makes me wish i had done it by now. :p

WAA is still without a dev, and WoWMinion is a backwards attempt to do similar which i hope to undermine.

PNG had some updates, but as it can never really go anywhere unless i suddenly start working for Nintendo and they want to completely revamp the franchise, it can safely go back on the shelf.

I quit MMOC because i was fed up with trying to work for Bibi and it going nowhere while oppertunies kept going elsewhere. Also officialy quit -- for the third time -- an admin permission elsewhere.

Resigned as officer in my guild, and then due to a load of crap got kicked and banned, so WoW for me right now is pretty bad. I am looking at bringing back one of my old addons though, which i hope to eventually replace CT_UnitFrames with by expanding it.

Before i left my guild, i was working on ZDKP as a proposal for them, and it seemed the popular choice that we would be using. It's stalled for obvious reasons, but i am actually working on it still because no matter where i go next, it's what i hope to use for loot distribution.

So i finally got everything in my old user space moved to this one. Plenty of links still need to be updated across my sandbox -- especially templates -- but i'll do those as i look over it. I'm mainly doing this because i've got a cold and was bored.

Project Rex is on the back burner primarily because of other projects taking the lead, but also because of the Cataclysm gear up -- may as well wait for more accurate info now.

A little something called WAAML has been in a good draft stage for a while now, but i'm still waiting on a WAA client to be made based on it -- have two programmers lined up, but both too busy to commit -- to show case what it can do, which is a shame as i know i had started to promote it as something WoWWiki could use and i aimed to have it done before Cataclysm so no rivals could make further progress in their own tools.

Also got a Pokémon related project -- called PNG -- going that's been on my mind since WoW, and i'm now giving a lot of attention. I'm also doing various things for MMOC -- been there a while, and you'd have to be living under a rock to not know what the current adgenda is -- and some exciting stuff with Adys.

In terms of the wiki, you'll probably only see me removing incorrect info based on leaked alpha info, as well as pushing to get any unsourced Cataclysm info already on the wiki sourced, so i know what info i can and can't add based on what is already known -- this was a mess in WotLK, with alot of alpha info leaking in and unsourced WWI info (God there was so much incorrect info reported by almost all sites from this. I'm glad the next event is still a way away.).

Incase anyone is wondering, no i'm not returning to WoWWiki editing. I'm simply doing research for a project and correcting things i find wrong as i go as well as looking for some help on missing information.

Don't you hate filling out this bit?

Well i'm 25, from the UK, and currently funemployed. My interests are listed below, but most relevant here, is my interest in Warcraft and all its lore.

Hopefully i can contribute here, both with development/design and adding/cleaning up lore articles. But admitidly, my grammatical and language skills are average, so they hold me back a bit when it comes to writing and expressing myself.

You'll probably find i come across as arrogant and opinionated, but i'm very fair, unbiased and respectful. I'm always open to hear other people's views and love a good discussion on practically any topic as long as you can see it through to the end.

Cataclysm Beta was interesting, and i had fun playing a premade Mage, which was surprising. I did feeel the beta was behind schedule, and the fact that the feedback tool was broken for most of it, and many changes caused an inability to play for existing characters lead me to feel it was one of the messiest beta's i've been part of.

Much of what was to go into Cataclysm either got dropped, or is getting patched in later. It's been released quite incomplete, unbalanced, and untested really. But this is the pattern Blizzard continue to follow. Nevertheless it got me back to playing more and i was having fun playing again.

My guild were always capping XP, so we stayed at the forefront, behind only those that got a bit of extra XP in before cap reset on the morning after release. My rep quickly became the highest in the guild, which naturally i felt proud of.

We were making progress on raids, and i had lead a few of the new kills myself, which was fun to do again with existing tactics that were still iffy or missing.

Sadly, a lot of the issues from before as an officer were still there, and due to a lack of involvement of officers when i tried to push for us to make decisions ahead of the release, pretty much nothing had changed. There were a few run-ins too of officers acting on their own decisions or making decisions amongst a small number of themselves. I ultimately had enough one day and decided to resign.

Nothing changed after i resigned, and i criticised an officer for acting selfishly and excluding guild members unfairly in as polite a way as possible. I recieved a barrage of personal abuse from two people -- one who is a constant issue for people, and the other who has expressed a disliking of my arrogant attitude -- which i did my best to rebute, for trying to looking out for the silent voice those who were mistreated. I was then told i had upset the officer, which i make no apologise for. It was the second time they acted that way, so it needed to be addressed. In private, i was spoken to be the oldest of the officers in PM, where i eventually put all the issues the guild faces that i've had insight into and have had expressed to me in private from members.

The guild was too big, cliques were forming at the expense of others while being supported by officers, many people in the guild didn't get along, many in the guild don't even know the rules, the officers don't even know and haven't decided on the rules, the officers don't communicate with the members well, the officers are seen as ineffective and inactive, tpeople feel unable to speak up through the voices of the more outspoken and don't understand where they stand on their rights to do so, members are disatisfied and unhappy but stay because they don't know what to do, and ultimately the guild is about ready to implode.

I left my PM stating that i no longer would voice my opinions.

I came home and logged in for a Raid two days later, to find i was kicked and banned from the forums. With a game-mail pretty much saying "Sorry it had to come to this". It's great to see what happens when you try to help.

So i've lost all my guild rep, my guild perks, all the pets and items i was due to get, the chance to explain my side and say goodbye to all the friends i made, to play with my friends again, and every bit of work and time i put in to helping the guild and helping individuals. Works couldn't explain how disgusted, disappointed, depressed, angry, and upset i was at that point.

Time hasn't really been able to mend most of those wounds, especially with changes Blizzard make over time that make it harder and longer for me to ever get back to where i was.

I have been considering two different guilds to apply to, but i've also been considering trying again with Temporal. I know some people from Wraiths and Strays have expressed an interest in leaving and joining me wherever i end up, but i'm really not sure. On one hand it will be seen as me poaching and cause further rifts, on the other they truely are unhappy in the guild and want to go elsewhere, so why shouldn't i try to help them out. :/

In the mean time, i'm doing a lot of WoW related things beyond playing, and sighining over the state of Hunters again.

Right now i'm still just depressed over the issue, facing a lot of reinvestment, and logging in each day takes a bit out of me. Hopefully i'll find a new home and have friends to enjoy the game with again soon enough. 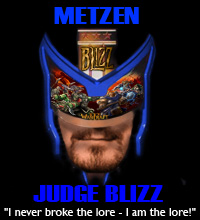 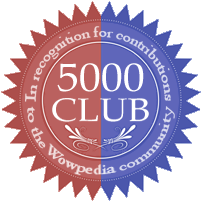 This user is a tireless member of
the 5,000 club!
Retrieved from "https://wow.gamepedia.com/index.php?title=User:Zealvurte&oldid=3210572"
Categories: