From Wowpedia
(Redirected from Vaeflare)
Jump to: navigation, search 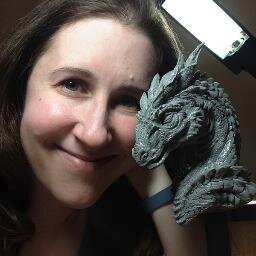 Kimberly LeCrone[1] (also known as Vaeflare) is a Blizzard employee. She is a Media Artist within Story and Franchise Development (formerly known as Cinematics) and Video and Post Production team.[2] She also does painting and sculpting.[3]

Kimberly LeCrone was a Community Manager under the name Vaeflare from 2009 to 2015[2] for World of Warcraft, and later Diablo III and Heroes of the Storm. Her old avatar was Soo-holu, as the avatar's background is in Sholazar Basin.

Vaeflare is part of the Community Team that won "Best Community Management team" at Dragon*Con 2012.[4]