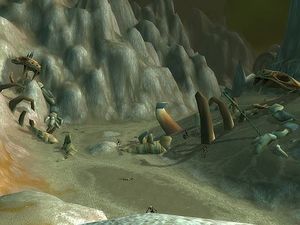 Valley of Bones in Desolace.

The Valley of Bones in Desolace is a crag infested by skeletons and centaur necromancers. Collapsed against the cliff wall are a couple massive skeletons, that resemble snakes or naga, they are called the Dead Goliaths. They have armor and both hold a trident. 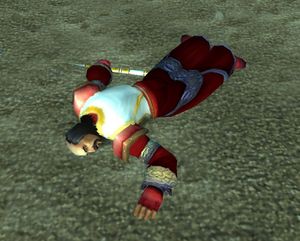 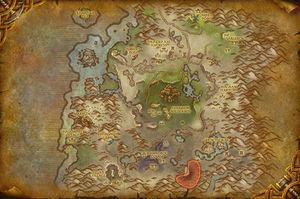 In Cataclysm, the Valley of Bones is a fossil archaeology dig site.

Many believe that the Valley of Bones is cursed, and as such almost all of the centaur clans avoid it. The valley's floor is littered with what is believed to be bones of the Old Gods, presided over by Magram centaur necromancers and skeletons.[1]