Vanira is a jungle troll shaman of the Darkspear tribe.

She aided Vol'jin in retaking the Echo Isles during Zalazane's Fall.

After the Cataclysm, she remained at the newly retaken Echo Isles and helped fighting the Sea Witch along with Vol'jin and Zuni.[1] Later, she traveled to Sethria's Roost on Mount Hyjal and fought against fiery invaders.[2]

She was present at the funeral ceremony of Vol'jin in the Dranosh'ar Blockade.

Vanira can be found at the Darkspear Embassy in Dazar'alor. 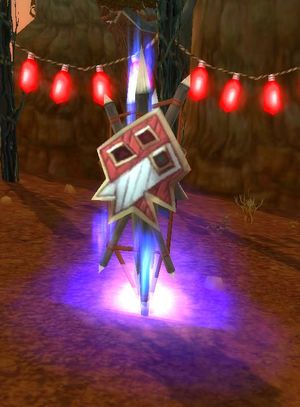 [85 Daily] The Protectors of Hyjal

Echo isles event - flavor
I be one of da first to answer Vol'jin's call to arms. Will you be joinin' us?

[85 Daily] The Protectors of Hyjal