Vanish is a level 32 rogue ability allows a rogue to disappear from sight, entering an improved stealth mode for 3 seconds even while in combat. During that time damage and harmful effects will not break stealth, but they will still afflict the rogue. Once the Vanish buff has worn off, the rogue will still be in standard

[Stealth]. Upon being cast, Vanish also breaks any movement impairing effects. In addition to escaping, Vanish can be used as a damage cooldown, especially when the

[Subterfuge] talent is chosen, as well as a powerful PvP cooldown allowing the rogue to briefly "pause" combat and then repeat an opening attack sequence. 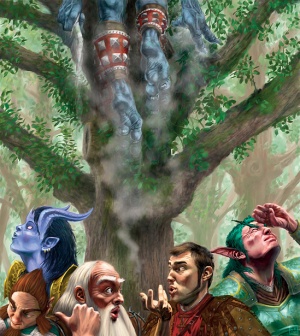