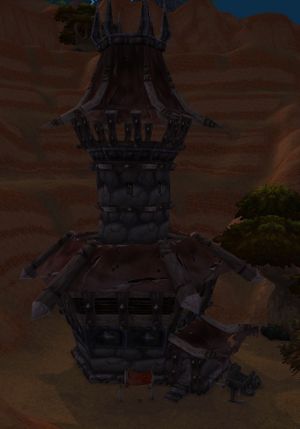 The Shattered Hand was previously scouting this tower for some time and sometimes covertly sought help from adventurous rogues to sneak in and gather intelligence. Due to the fumes of the various Zanzil poisons stored here, the inhabitants of the tower were especially weak to sneak attacks.[2]