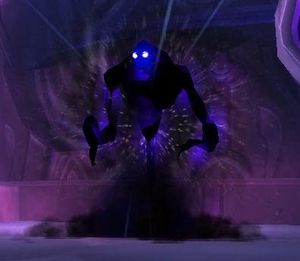 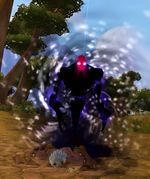 A darkened spirit, an orc spirit that was transformed into a creature of the void.

Voidwraiths are a slender type of voidwalker. They can be found in Netherstorm and on the Isle of Quel'Danas, as in the case of Zereketh the Unbound. Voidwraiths seem to be rarer than other voidwalkers and rarely talk.

[68] What the Soul Sees, when spirits coalesced into the darkened naaru D'ore's essence they were transformed into voidwraiths, darkened spirits.

Void Shardlings can be captured in pet battles in Mac'Aree. 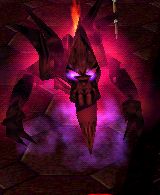 A voidwalker in Warcraft III.