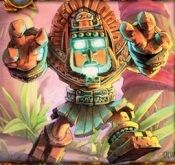 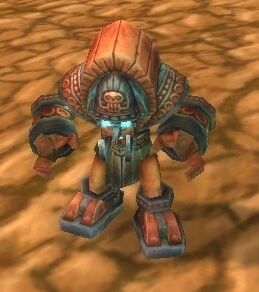 The Voodoo Figurine is a rare archaeology artifact that requires 100 Troll Archaeology Fragments to solve. Up to three

[Troll Tablet] keystones may be used to complete it.

A medium-sized figurine of unusual complexity and troll manufacture.

Voodoo figurines such as this were built and animated to assist troll witch doctors in minor, everyday tasks such as washing loincloths or scrubbing blood off the hut floor. They were often powered by flasks of mojo, troll sweat, the flesh of tribal enemies, or by DEVOURING TINY PORTIONS OF THEIR OWNERS' SOULS. But don't worry. Teeny, tiny little portions. You won't even notice they're gone. And think how clean your floors will be!

Voodoo figurines were often empowered by flasks of mojo, troll sweat, and the flesh of tribal enemies.