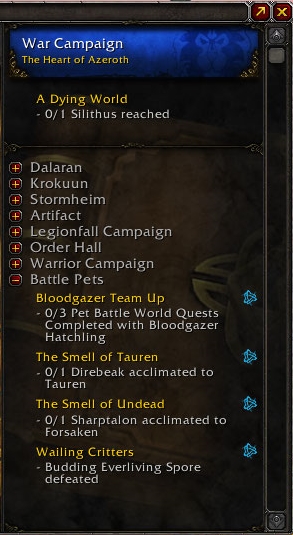 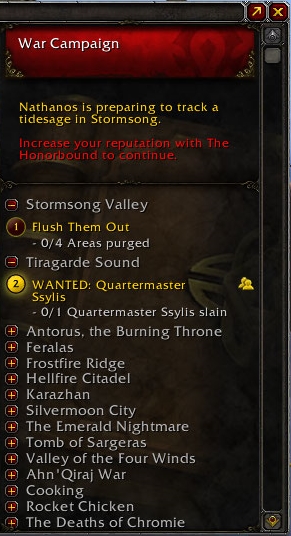 The War Campaign storyline is an in-game categorization of quests in Battle for Azeroth in the quest log. Unlike the other categories that show only zone names, the War Campaign category is divided into several chapters and offers additional descriptions while doing the quests as well as an exact quest name and zone to pick up in order to continue in the campaign. The War Campaign quests are marked with the Alliance or Horde colors and symbols in the quest log and in the objective list under the mini-map.

The questlines were concluded with the release of patch 8.2.5 and its final chapter.