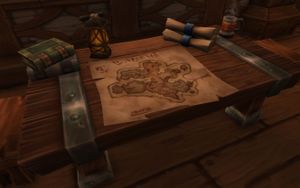 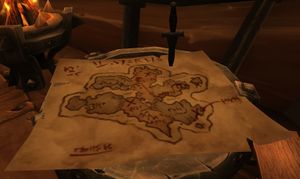 The War Planning Map is a map located on a table in each garrison which grants access to Garrison Support daily quests. Shadow Hunter Ukambe and Scout Valdez stand next to the maps in their respective garrisons, complete the quests for players once the objectives have been met, and presumably are in charge of maintaining the map.

Each day two randomly selected daily quests will be offered from the table, of which players may choose only one to accept and complete. The choices offered are the same for every player on the same realm. Very often, there will be one solo quest and one group quest offered.

Quests not chosen will still be available on later days. Until completed, players may abandon the quest they accepted and will once again be offered the same choice of two.