Rend Blackhand was the Warchief of the Dark Horde and the last boss in Upper Blackrock Spire. He was removed with the instance revamp in patch 6.0.2.

After the Horde was defeated in the Second War, Rend Blackhand, son of the first warchief, brought the remnants of his clan to Blackrock Spire and fought the Dark Iron dwarves for possession of the stronghold. Rend allied his orcs with Nefarian and the black dragonflight, who routed the dwarves and expelled them from Blackrock's upper reaches.

The Warchief mounts a deadly chromatic drake and assaults the Blackrock Stadium.

This encounter is pretty simple, once several waves of enemies are taken out (Either 1 Elite chromatic dragonkin and an orc handler or 2 dragonkin; and 3 chromatic whelps) he will come through the gate to face you. It is important to note throughout this fight that a multitude of orcs spawn at the top of the arena. They will remain there until the event is completed.

This fight can be done simply: Everyone DPS Gyth (His mount) until Rend falls off, then another Tank keeps Rend busy while everyone finishes Gyth off, from there it is an easy matter of DPSing the crap out of Rend until he falls. 2 warriors, 2 Rogues, 2 mages, a Priest, a Warlock, and 2 of any other class can bring him down without even coming close to any deaths.

Note that if anyone has the

[Seal of Ascension] (UBRS key), by equipping it and Using it he can summon a giant spectral dragon (Vaelastrasz the Red, whom you will later fight in Blackwing Lair), who will heal everyone for five thousand as well as damage Rend. Nefarius will eventually banish him, however timely use of the UBRS key can ensure victory. Summoning Vaelastrasz when Rend falls off Gyth triggers him to attack Rend, while using it any any time beforehand only causes him to heal the raid. The ring is on a 3 minute cooldown, and this is shared with any other raid member who holds a Seal of Ascension. Equipping the ring will also randomly provide a +100 Resistance buff to any school of magic that Gyth uses.

For mages, warlocks, hunters, and other classes with (temporary) pets, it is important that you do not put them on aggressive mode, since they might aggro the spectators on top of the ledge with ranged attacks. This is especially important to mages using Mirror Image: since there is no pet bar for the mage to control the images, they will attack the nearest hostile target in range should they still be up after Rend's and Gyth's deaths (namely, the spectators). A mage soloing this event should either DPS Rend and Gyth slowly to ensure the images despawn before the end of the fight, or not cast it at all. 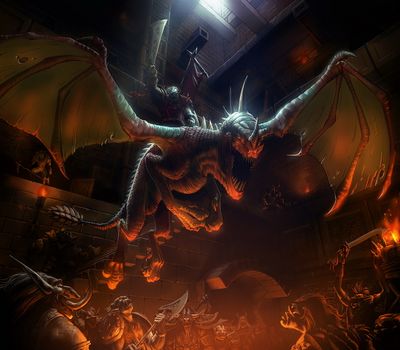 Victory
Lord Victor Nefarius yells: Your victory shall be short lived. The days of both the Alliance and Horde are coming to an end. The next time we meet shall be the last.