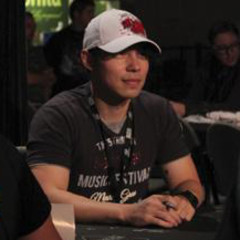 Wei Wang (alias Glowei) is an artist who worked for Blizzard Entertainment and was the eighth "Son" of Sons of the Storm. He joined Blizzard after he met Mike Morhaime in China and showed him his portfolio.[1]

Wei Wang is most notably famous for having realized the majority of the most iconic artwork for World of Warcraft, such as expansion box cover art, race leader loading screens, and content patch artwork. He also created art for many World of Warcraft Trading Card Game cards, some of which have also been used for Hearthstone, and served as a cinematic artist for Hearthstone. He provided much concept art for the Warcraft film.[2] Wang left Blizzard Entertainment January 17, 2017.[3]