What's Yours Is Mine 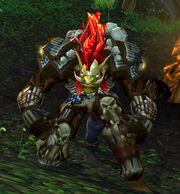 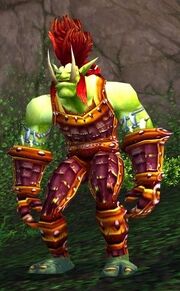 The elders want us to mount a defense? We're not monks, <class>; we need weapons if we hope to fight!

Scavenge some arms from those barbarians for me. I should be able to melt them down and make something more suitable for our villagers to fight with.

Bring me as many as you can carry and I'll take care of the rest.

We'll need more than luck to get us through this. I hope you found something I can work with.

Well, these are better than I had anticipated! I can make for spears for every one of their blades.

Don't you worry, I'll make sure the villagers are armed when the time comes.

Getting close to Doshu:

Steelbender Doshu says: I was once a great fighter. Let us hope old age has not taken too much of my skill from me.

Shomi whispers: Psst! <class>[sic]! Over here by the stairs! No don't look at me! Just come here.

[88] Make A Fighter Out of Me before heading out.

First up, talk to Exhausted Defenders around the village border:

I'll cover your post. Go rest and be with your family.

While making the rounds, keep an eye out for Volatile Blooms. They gather in handfuls of 7-11. Once the defenders have been relieved, go east down the path toward the Zandalari Vanguard. Kill trolls for blood-stained blades and so Shomi can see what it takes.

Once those four quests are done (feel free to turn them in), head northwest to the Zouchin Strand. Sage Liao is on his stomach in the sand.