When All Is Aligned 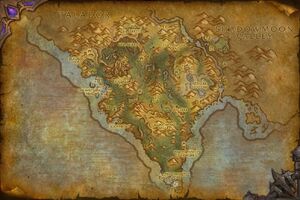 Fly upon Ka'alu and slay 70 Adherents and direct your troops to capture 3 Rukhmar's Light Alignment Controls.

Our assault upon the Terrace of Dawn is not going to be easy, <name>. The defenders are great in number and they zealously guard their control of the beam of light.

Thankfully, we have a goddess on our side.

With her help we can break through the defenders and send our landing teams to capture the alignment controls.

Victory is almost in our grasp! I can't wait to pen the story of your actions into my scrolls!

Reshad says: Speak with Ka'alu when you are ready to fly.

You will also receive: 13

You've done so much more for us than I could have ever dreamed possible, <name>.

The Adherents' threat to our home is broken. Our battle is not yet over but we can rest a little easier now.

Percy and I want to give you something as a token of our thanks. It's not much but please, take your reward.

<A voice fills your thoughts.>
We must hurry before the children of Rukhmar can regroup their forces.

On Ka'alu, the player has access to two abilities:

Control the screech target by holding down the right mouse button and moving the camera about, while spamming 1. To designate a target, hit 2, then left-click on the ground next to one of the devices on a flat platform. Intro

Reshad says: We need to capture those alignment controls.
Ka'alu says: My cries will rattle your enemies like thunder. Guide my aim and strike them down!

After hitting both quotas:

Reshad says: It looks like everyone is in position. Ka'alu, give the signal and get us out of here!

This completes the "When the Raven Swallows the Day" chapter of

[Between Arak and a Hard Place], and the main portion of the Spires of Arak storyline. At level 98, the Nagrand storyline begins with News From Nagrand. Also, Reshad offers one last quest, sending players into the Skyreach dungeon, in

[97D] Victory is Within Reach.