Wisdom Has A Price 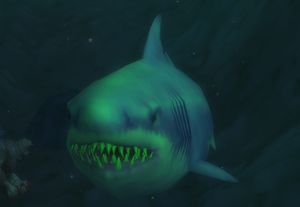 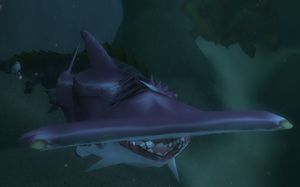 <Ana listens to your story, and nods.>

Crocolisks attacking? I know a story about that. And I will share it with you, but first... I grow hungry.

Shark meat should do the trick. You should find enough sharks in the water beneath us.

My hunger is great, <race>. I have been on this lagoon for several days, without food.

You've brought me more meat than I could ever hope to eat.

Now, I suppose I owe you a story.

[87] Misery before heading out. Then swim straight down and start killing sharks. Near the bottom is the mouth of the Mortbreath Grotto, where Nahassa can be found inside. At full health he has 1.7 million health, but since he is so near death, he only has 429,000 health left. The quest finishes automatically once he dies, so feel free to turn it in.