In the next few weeks, your wiki will be migrated to a Fandom.com domain. Learn more here.

This article is about the expansion itself. For the region, see Shadowlands.

In the weeks leading up to the expansion's release, a new Scourge invasion--Death Rising--will begin as the masterless undead will maraud across Azeroth.[6]

The veil between life and death is no more.

With a single act of destruction, Sylvanas Windrunner has ripped open the way to the afterlife. Azeroth's staunchest defenders have been dragged into all-consuming darkness. An ancient force of death threatens to break its bonds and unravel reality.

Hidden realms of wonder and horror await any who would pass to the other side. The Shadowlands is home to an entire realm of the departed; it is a world between worlds whose delicate balance preserves life and death itself.

As one of Azeroth's greatest champions, you have been granted the power to cross over in body and soul. Now you must investigate a conspiracy to unmake the cosmos, and help Warcraft legends journey back... or fulfill their ultimate destiny.[7]

The Shadowlands are home to an entire universe of the departed. Journey through hidden realms of wonders and horrors that await any who pass to the other side.

Align yourself with one of the Shadowlands' four Covenants—otherworldly shepherds of the dead, each with their own ambitions, motives, and incredible powers to claim as your own.

Test your limits as you ascend Torghast, Tower of the Damned, a highly replayable ever-changing dungeon in the dark heart of the Maw, where the vilest souls are locked away forever.[8]

Sylvanas Windrunner, fallen leader of the Horde, has pierced the veil between Azeroth and the realm of the dead, setting in motion a series of events that threatens to upset the cosmic balance between life and death. World of Warcraft players entering the fabled Shadowlands will find the realms of the dead in upheaval. Under the normal order, departed souls were delivered to a realm appropriate to the lives they led, but now, all souls are being funneled into the Maw, where the most wicked are damned to suffer for eternity. As they seek to right the cycle and uncover the extent of Sylvanas' designs, players will forge bonds with the Covenants who hold domain over different planes within the Shadowlands.[9]

A host of new features and activities await players in World of Warcraft: Shadowlands. When they cross into the realm-between-realms, players will be able to:

Each playable race will have its own unique options available to them whether it's their tattoos, hairstyles, skin color, or even eye color. The undead will also be able to choose whether they show bones or not.

The expansion will smooth out the leveling experience and better prepare new adventurers for what's to come. Players will level up to 50 before heading to the Shadowlands (new level cap: 60).

The experience curve is adjusted to make it faster than ever to prepare for the newest challenges, and each level along the way will provide more meaningful increases in progress and power. All expansion zones are getting more flexible, too; they'll be able* to scale to you and your friends while you level to 50, so it's easy to try a zone you've never played.

A New Journey for New Players

New characters will embark on an introductory voyage to learn about everything there is to do in Azeroth, including your first mini-dungeon.

Play the latest expansion, Battle for Azeroth, or follow Chromie back in time and tackle any other expansion you choose, with challenges that scale to characters level 10–50.

Step into Azeroth's afterlife, and stand shoulder-to-shoulder with legends of the past as you fight to preserve the universe. 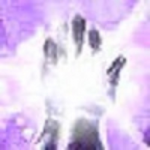 Categories
Other Languages:
Community content is available under CC BY-SA 3.0 unless otherwise noted.