Were you looking for World of Warcraft Penny Arcade comics? 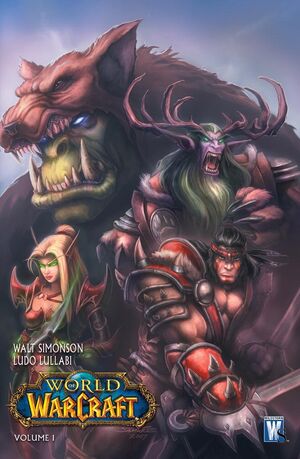 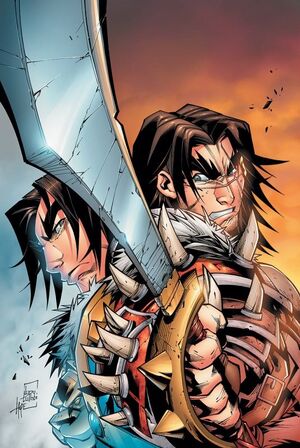 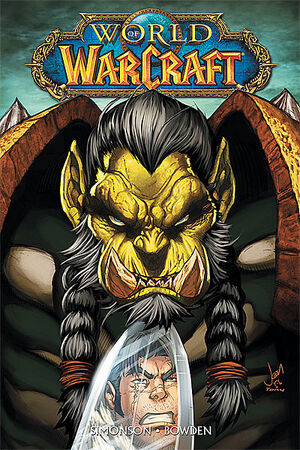 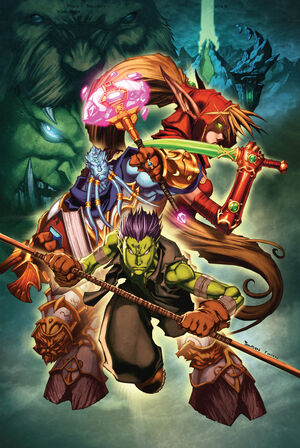 World of Warcraft: The Comic was a comic series set in the Warcraft universe and released monthly in a standard western comic format. Its writers were Walter Simonson and Louise Simonson, while the art was done by a variety of artists: Ludo Lullabi, Sandra Hope, Jon Buran, Mike Bowden, Jerome K. Moore, Tony Washington, Phil Moy, Walden Wong and Pop Mhan.

When writing the comics, the story and preserving the integrity of the universe is more important than the details. The artists and writers do not have to stick to nit-picky details as if they were working on the Star Trek license, and are given leeway.[1]

At the time of its conception, the ongoing comic was set for two story arcs, both six issues each, and both set concurrently with the events of The Burning Crusade.[2]

The Alliance and Horde are getting along even though there is some tension between the two factions, at the time, because of the peace treaty, between Thrall and Jaina Proudmoore. Varian Wrynn has been introduced to be someone that doesn't get along with the Horde, and learns about it from the inside out, and scares the Horde, that he knows what he knows. He learns their tactics. He's a bad dude, and they respect him.[1]

However, in December 2009 Wildstorm announced the comic series was coming to an end, to be replaced by a series of original graphic novels.[4] In July 2011, during Blizzard's Comic-Con 2011 panel, it was announced that the first Alliance OGNs would be released as Dark Riders, and the first Horde OGN would be released as Bloodsworn, to be published by DC Comics following the closure of the Wildstorm imprint.