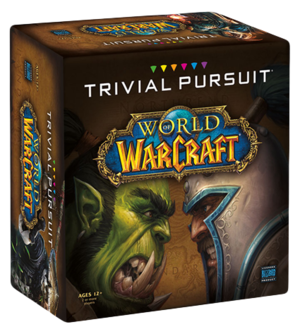 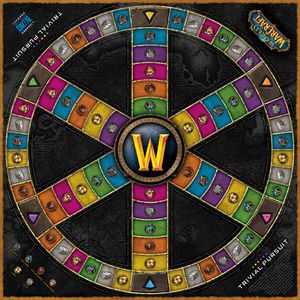 Board art by Leanne Huynh.[1]

World of Warcraft: Trivial Pursuit is a World of Warcraft tabletop game. It features 600 questions, across 6 categories including: Geography, Player Characters, Lore, Loot, Villains, and Encounters. Murloc figurines are moved across the board, and the game can be played by up to 6 players.