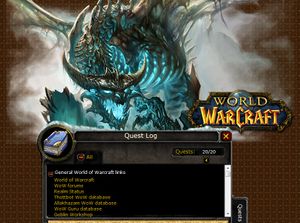 The community was created on September 9, 2003, just over a year before the game itself was released, by a Livejournal user named nnychi.

Over time it grew to include over 4,000 members accumulating over 30,000 posts and over a half-million comments. Its most active years were from 2004-2011. As World of Warcraft player numbers dropped after 2011, and many Livejournal members migrated away from LJ to other social media sites like Facebook, posts declined.

For a time the community had an ingame guild "Lordaeron Journalists" (Using the same initials as LiveJournal), but eventually the guild splintered as guilds often do over time.

Tuesday morning downtime was deemed "Caturday" in the group and people would post Lolcats as they waited for the game to come back up.

The members over the years included several Blizzard Entertainment employees, WoW Insider writers, and the original developer of the Decursive mod.

The moderators came and went over time, but some were Netgoth, Dajoey, Tchernobyl, and Neuroxin.