You Must be This Height (Alliance)

Let me know when I can activate the device.

The moment is here <name>.

For such a historic moment I feel a gnome, such as myself, should be the one to activate the device.

Let me know when you think we should begin.

This is quite an important discovery!

I'm sure the king didn't mean any harm to YOU champion. Please don't let this incident deter you. I need your help! 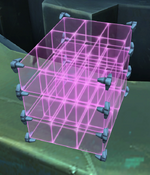 The secrets of Mechagon are about to be revealed to us.

After the cutscene
The bodies of dwarf, night elf, and human tinkologists lie on the floor throughout the vault. Only the gnomish members of the expedition survived.
Tinkmaster Overspark says: Those poor souls! This device must have malfunctioned. King Mechagon would never mean us harm!