For the port from an alternate universe, see Zeth'Kur. 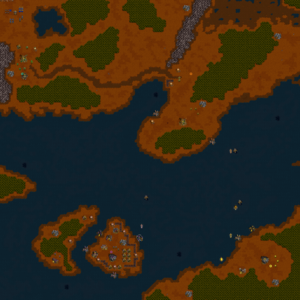 The orcish shipyards of Zeth'kur.

Zeth'kur was an orcish port town that existed before the shattering of Draenor. It was located on Hellfire Peninsula's southeastern area, just south of the Dark Portal. During the Invasion of Draenor, the shipyards of Zeth'kur and the warships stationed there were all destroyed by the Alliance Expedition forces in order to establish a fleet and attack the surrounding orcish clans.[1]

Zeth'Gor in The Burning Crusade bears a similar name and location; however, there is no evidence showing that they are the same location. Given the position of the port in Warlords of Draenor, it is more likely that Zeth'kur did not survive the land's destruction. The naming of Zeth'Gol implies that all major Bleeding Hollow clan settlements have this prefix, rather than this being the same settlement with a slight name change.